The Lost Journal of Dorothy Wordsworth

Posted by misguidedwriter on September 25, 2013
Posted in: Uncategorized. 1 Comment 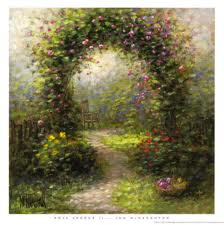 Dorothy awoke with a strangled scream. Coleridge had finally gone mad and was laying waste to the cottage with an axe.  Another crash brought her to her senses and confirmed that the noise was, in fact, coming from outside.

She cast off her thin worn blanket and stumbled to the window, accidentally knocking over the bottle of Coleridge’s Aquafortis from her nightstand. She bent to pick it up noting with mild horror that she must have drained it to almost the last drop the previous night.

As Dorothy placed the empty bottle guiltily beneath her pillow, there came a cleaving of wood from the end of the garden. Craning her head through the window, the morning light brought back her searing headache. Something  had changed; the garden, only yesterday so sweet with wild rose and eglantine, was now a muddy mess of trampled earth. She gasped, a dagger of disbelief slicing into her heart. William hove into view with an axe.

Her throat dried and she uttered a croak of despair.

‘Have you got wind again?’ asked William, throwing a rough hewn piece of timber carelessly to the ground as if it were a too easily won metaphor.

‘My arbour,’ cried Dorothy, ‘you have destroyed by arbour!’

‘But,’ said Dorothy scrambling for the Aquafortis secreted beneath the pillow, and raising the last pitiful dreg to her lips, ‘…but why?’

‘I’ve realised why I’m not selling any books, Lass.’

‘I need a platform.’

‘You have destroyed my arbour to make a platform?’

Later that morning Dorothy was trying to console herself with starching some small linen. No matter how much starch she added however, it was diluted by the steady drip of her tears that fell coincidentally upon her brother’s items of intimate nature. She was laying her iron back upon the stove and preparing to add more starch, when she heard the front door being flung asunder and Coleridge’s familiar ‘Hallooo’ rang through Dove Cottage. Suddenly alive with barely contained pleasure, Dorothy absent-mindedly tipped the whole packet of starch onto her brother’s intimate garment and ironed furiously until Coleridge had sought her out in the kitchen. 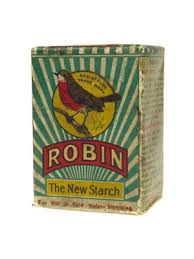 ‘Dear, dear Coleridge thank the very heavens that you have arrived in time to stop William from a madness that has descended upon him in the night. He has wreaked destruction upon our little piece of heaven.’

‘He has  destroyed my arbour.’

‘Excellent’, shouted Coleridge, helping himself to some cold mutton, ‘how are your bowels today Dorothy?’

‘Mine too’, Coleridge replied, biting down hard on a giblet pie and toying idly with a raw carrot, ‘I think they are worse than they have ever been.’

‘Never mind, Dorothy, we must soldier on,’ he said demolishing half a loaf of bread still warm from the oven, ‘I can’t stand here idly chit-chatting, I just popped over to see how William was doing with the platform.’

‘Not you too Coleridge,’ said Dorothy ignoring the scorching smell arising from her ironing, ‘Has this madness infected your magnificent brain as well?’

‘William and I have committed ourselves to revolutionizing the marketing of poetry. The second edition of Lyrical Ballads isn’t exactly flying off the shelves. As old Aggie Fisher the rag-gleaner observed to me only yesterday, ‘The way things are going, ‘ says Aggie, ‘Lyrical Ballads are going to end up pulped and turned into cheap trinket boxes, embossed with some asinine legend, like ‘A Souvenir from the  Home of the Lake Poets’, or somesuch tosh and sold to half-witted tourists.’

‘Aggie said all that?’

‘Well I think that’s what she said, it’s hard to tell when she has no teeth. The point is Dorothy, we have to  take this book-selling business seriously.’

‘But what can we do Coleridge?’

‘I ran into a formidable creature called Ms Snocking on my recent trip to London. She herself is an author and eschewed all publishers in favour of becoming her own!.’

‘How very foolhardy of her.’

‘Trust me’, said Coleridge gnawing at a turnip, ‘she is a visionary and we are about to change all of our futures. No longer, Dorothy, shall you slave over a hot gusset or spend your fast-fleeting youth gathering mosses for no discernible reason.’  Coleridge broke off to cough intemperately at the smoke pouring from Dorothy’s ironing, ‘We shall transform our fortunes, move somewhere…less damp, less smoky,  eat …better pies, it all awaits us.’

‘But what has this to do with William’s destructive arboreal madness?’

Coleridge, eyed up an uncooked eel lying in a dish on the table. ‘Everything,’ he said. 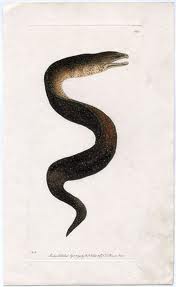