Undone by the Comma

‘Who is this?’  asks Clyde Darling, glamour-boy literary agent of Mallory Makepeace Associates.

You can’t help feeling that the sixteen hours of self-coaching on how to approach this phone call, have already been lost. Clyde Darling seems to have forgotten you already.  You promised yourself that you would resist saying,  ‘Hello Darling’. You have failed.  Eventually overcoming your stammer, you remind him that he gave you his business card only yesterday and suggested you call. You were the winner of ‘Pitch Live’, after all.

Since your pitch won the competition on Saturday night and you became the toast of the ‘Writing Weekend’, (see previous post) you have strained every sinew, to remember what the hell you said. This state of promiscuous creativity was achieved by consuming industrial quantities of  Vieux Billabong; an Australian wine of such rare quality, that it must not come into contact with polished surfaces.  In hopes of regaining your lost brilliance, you have located a bottle of the Antipodean ambrosia and gargled down a glass or two before you made this call.

‘So,’ Clyde continues, ‘what’s your background?’

‘Surely you have a background; won a prize, done an M.A.in Creative Writing, that sort of thing?’

‘So, how do you see your writing?’

‘But you have a life? Are you a lawyer, a pathologist, or a mad-as-hell police officer?’

‘I used to be a mildly disgruntled civil servant.’

‘But, I’m pretty sure that I can write.’

‘That’s not really the point.’

Clyde Darling instructs you to send in a synopsis and three chapters. This is not how you thought this phone call would end.

You ponder the possibilities of becoming a lawyer, pathologist or police officer at this late stage in your career. But after the effects of the Vieux Billabong have worn off, you realise that there is another way of playing this Clyde’s way and you sign up for a course called, ‘ Be Published, Like Me’.  This time you are not going to mess up. You have confidence in this, as the course is run by a real writer, the charismatic dominatrix of writing discipline,  Drusilla Lockheart-Leary, whose  motto  ‘Give me a cliche and I’ll wrap it round your neck’, was a little alarming but probably just what you need. 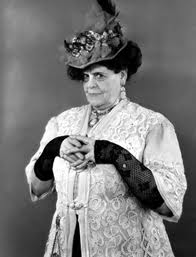 On the first day, you find that the rest of the class are re-assuringly

‘The first thing to say, class,’  says Drusilla Lockheart-Leary, ‘is that a great many people write, and a great many people write exceedingly well, but only a tiny, tiny minority of these people ever get published. Having become published authors, that tiny, tiny minority live or die according to their sales. They will be dropped like an over-heating e-reader by their publishers, no matter how brilliant they are, when they find themselves sliding, clawing at the air, down the Amazon best-seller list.   So, I’m taking it for granted that all of you write superlatively well. The actual question is, YEAH? SO WHAT? Why would anyone publish YOU?’

As Drusilla shouts this, her eye happens to fall on you. You stutter, you quail and then speak.

‘Because I have a unique view. ‘

Drusilla bores through you like the basilisk at the top of it’s game.

Drusilla throws back her head and laughs heartily at this.

‘Literary fiction is it dear?’  she says, advancing on you while waving the writing sample you have supplied. ‘If I were you, I’d forget all that crap until you understand the simple use of the comma.’

5 comments on “Undone by the Comma”