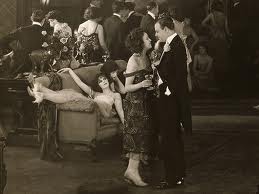 ‘Hi, I’m Neville, Crime and Mystery, you must be Women’s commercial?’

‘Historical?,’  Neville smiles and swills a glass of Australian red.

‘How does that work?’ 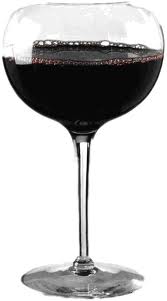 ‘I’m not sure,’  you say, knocking back the remaining half  glass of   Vieux Billabong in one go.

‘Whoah’, says Neville, ‘shall I get you another one?’

The Story So Far…

You are an increasingly desperate unpublished writer. You have written a handful of novels which now double up as doorstops and building insulation. You are the kind of person who would rather attempt to channel E. Annie Proulx than seek any kind of practical help. That’s probably why you are failing.  However, you have forced yourself , just this once, to try a ‘Writing Weekend’. (see previous post) Now read on…

The networking session is turning out worse than you could possibly have imagined. You have spoken to no one except a waitress and Neville Crime and Mystery. Around the room dozens of people are circulating, glancing at each other’s name badges and chatting freely.

You have tried approaching lively groups but each time they dissipated as soon as you had drawn near, and left you standing alone again. You spot Barry Gothic Fantasy Horror and in your desperation you wave, but he looks past you and joins another group of laughing relaxed people. You are the proverbial pork pie in the synagogue.

‘Here you are, I got you a large one,’ says Neville Crime & Mystery handing you a small vase of  Vieux Billabong. You smile at him with infinite gratitude.

‘Have you entered the ‘Pitch Live’ Event?’ you ask.

‘God no,’ says Neville, a look of genuine fear passing over his face, ‘that’s strictly for the heavyweight egos, last year grown men were weeping.’

You stare at the vase of  Vieux Billabong; it appears to be empty.

‘Whoah, you may not have a genre, but man, you can drink,’  observes Neville.

It is sometime later and you appear to be standing on a stage in front of a microphone. You become aware of a hand steadying you, looking up you see the wonderful face of Barry Gothic Fantasy Horror. You must have said something funny because the audience is laughing. There is applause. Things go hazy for a while and when you manage to re-focus you see  people sitting behind a table on the side of the stage. You recognize the blazing hair of Glenda Golightly, the despair of Bob Kleinwold and an unknown good-looking young man.  You gasp.  Barry offers you a glass of Vieux Billabong and everything goes blank once again.

You don’t know how, but it appears to be morning. You have no memory of the latter part of yesterday.  Concentrating on carrying a cup of coffee, (you can’t face the croissant),  the cup is taken from your hand and someone pulls out a chair for you. It’s Barry holding the coffee and Neville holding the chair. You sit down. Everyone stops talking and smiles at you. While sipping your coffee and listening to your new writing friends chattering about who they met and what they were offered yesterday, you lean back in your chair and catch the eye of Glenda Golightly at the next table. She smiles, winks and gives you a little finger wave.

‘What happened last night?’ You are beseeching Barry in a corridor outside the dining room.

‘You won Pitch Live’, he says and hurries away laughing.

Before you can run after him you feel a hand on your shoulder. It belongs to a good-looking young man who seems dimly familiar.

You don’t so much answer, as let a strange rasping noise escape from your throat.

‘If you’d like to contact me tomorrow,’  he is handing you his card, ‘I’d love to hear that pitch again and maybe we could take things further.’

As you watch Clyde Darling glide away, you look around for witnesses of this miraculous happening. Passers-by smile and nod as you dumbly mouth ‘Take things further’, over and over again.

‘Epic pitch,’ someone remarks. As he walks on, you recognise the previously grim Sean Splatterpunk. You run after him. 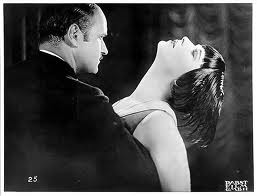 ‘I can’t remember a bloody word of it!’

6 comments on “Cheap red wine and your writing career”