How to make the killer Book Pitch!

Posted by misguidedwriter on January 31, 2012
Posted in: Uncategorized. 4 Comments

So, after your last literary humiliation, (see previous post) you have decided to seek professional help with your writing. You sign on for a writing weekend.

It’s going to be one fabulous party in which you will run into any number of  literary folk. There will be workshops, talks and book signings. How could you possibly come away from such an event without advancing you career?

You have even taken advantage of the offer to ‘pitch’ your latest novel to an actual live literary agent or two. It has been some years since you last spoke to one and it may be safe to try it again, after all, the nervous twitch in your right eye has all but subsided. Equally the sudden compulsion to shout ‘Bitch’ and throw paper around the room is now firmly under control.

Consequently on the train you have been trying to hone your ‘pitch’. No matter how hard you try, it still goes something like this :

‘It’s a rambling, picaresque novel about a group of friends who’ve known each other for well, like, forever, and just keep bumping into each other over the decades, while, you know, stuff happens to them.’

You are aware that this isn’t good, but the closer you get to the venue, the more a kind of panic prevents you from shortening it, in fact it gets longer. You add:

‘ It takes place in flashback with split narratives and multiple points of view; oh and it’s funny.’

‘It’s a kind of David Lodge campus novel that meets John Updike’s ‘Couples’ , who then fall in love and conceive a William Boyd-esque thoughtful comedy’. You start sweating. The pitch won’t stop growing . It is spreading out like a giant octopus that has accidentally swallowed a whole website of illegal growth hormones. By the time you arrive at the venue, you haven’t got even the vagueist idea of what your novel is about. You stand waiting to check in behind a very irate woman, who is complaining in a loud voice that her accommodation is half a mile away from the venue. She is furious.

‘I’m sorry Madam,’ the youth behind the desk explains, ‘ there’s no one free to take your luggage out to the annexe.’

The youth ignores the irate woman and takes your ticket instead.

‘You are in the annexe too,’ he smiles at you by way of contrast, ‘ just follow the signs out of the door.’ ‘Look on your list again,’ the irate woman insists, ‘my name is Golightly, Glenda Golightly.’

You gasp and check your form. She is one of the agents you are meant to pitch your novel to.

‘I’m not going out there on my own, in the dark.’  Glenda almost shrieks, as if this was yet another outrage perpetrated by the organisers.

‘Perhaps this lady will accompany you, she is booked into the annexe too’, the youth suggests mischievously.

Glenda Golightly turns her furious eyes on you and you mumble meaninglessly.

‘Oh well, come on then, but you haven’t heard the last of this’, says Glenda waving a  vermillion- tipped finger at  the sniggering youth.

Within a minute you are arm in arm with one of the most powerful literary agents in London, staggering out into the night over uneven gravel, trailing suitcases on wheels.

Traversing the glacier of fiction writing, watch out for the Genre Crevasse!

Posted by misguidedwriter on January 20, 2012
Posted in: Uncategorized. 1 Comment 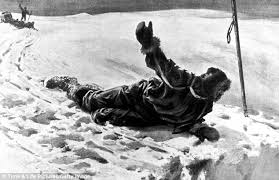 This is the continuing story of one person’s bone-headed resistance to all good advice about how to get published. If you want to know the full story, scroll down to the first post. If you don’t care,

In the last post you had just promised to send your third completed novel to an agent. You told her that it was a complex love story played out against a background of all things Canadian.  You didn’t tell her that included ‘Hockey Night in Canada’, frozen dog turds and macrame plant holders. The agent loved your sample chapters. The only remaining problem is that you haven’t even begun to write the rest of it and that’s the other thing you didn’t tell her.

There’s no other way out, you’ll have to start writing. Two years of unspeakable misery and toil elapse, during which three things happen…

By now so much time has elapsed that the finished novel bears no relation to the original chapters, and although you still have the agent’s phone number, you wonder if she will remember who you are.

What the hell! You send her the manuscript anyway, with the briefest of covering notes and no synopsis, because even your own plot defeated you. Three months later she calls back. SHE LOVES YOUR BOOK!! You can’t believe it and walk around gibbering into the phone as she praises your style and your complex plot. Then she pauses. There’s just one little thing.

Your mind races; perhaps she wants you to re-write? That won’t be a problem. Change some characters? That would probably be OK . Make the plot vaguely intelligable? OK. If you insist. You pluck up the courage to ask.

”Is there a problem?’

‘Canada is a problem?’

‘For a debut novel.’

As you hurl  your copy of the manuscript to the floor, she details the difficulties of  ‘falling between genres’. Canada might be OK if you were definitely ‘literary’ or even ‘historical’.

‘I’m quite calm’ you counter defensively.

‘I said HISTORICAL’. The agent sounds a little sour, as if someone has only incompletely peeled a grape for her. You wish you’d tried harder with that synopsis.

‘I’ll take out the Hockey, the frozen dog turds, even the macrame plant holders’,  you suggest, crumpling pages of your manuscript at random.

‘Why don’t you write something set somewhere familiar, go for Womens’ Commercial and send THAT to me.’

You put the phone down and utter the cry of all confused debut novelists. ‘Why is Canada bad?’

You wonder what you could  have done with these past two years.

You could have learned to tap dance, meeting two wonderful gals  and rocking the West End in the first big Lesbian Musical 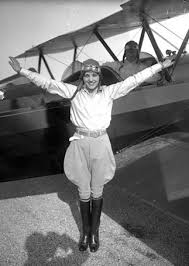 You could have bought an oversized pair of jodhpurs from the Army & Navy Stores and amused aviators with your lifelike flying impressions. 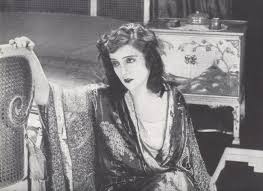 You could even have become a broken down inhabitant of the demi-monde, complete with ‘chinoiserie’ furniture.

You had to write a crappy novel about contemporary Canada.

Hobbling up the High Street some months later, you pause in front of a shop window in order to staunch a sudden outburst of tears. When your eyes re-focus you realise you are staring into the window of a book shop and there, propped in the centre,  is a book which has just won a ‘First Novel Award’. You wanna spit. Then you look again at the promo material beside it. The  author of this book has broken the rule about not writing their first book about Canada, for it is definitely set there and yet, she has won a prestigious award, a publishing deal and A HUGE ADVANCE. You sink to your knees in despair and stay there planning your novel set ‘in a familiar place’,  while passers-by throw small change at you.

Was the agent’s response to your novel merely a kind way of saying, ‘Go away and learn to write for goddsakes’? Or have you fallen down between the genres and got yourself wedged in the crevasse of uncategorisability. Either way you are going to need a heavy duty rope, an ice axe and a lot of humility in order to haul yourself out and sign on for some professional help.

Mounties and Wind Chimes ~ writing with homicidal hatred in your heart

Posted by misguidedwriter on January 10, 2012
Posted in: Uncategorized. 2 Comments

Your third novel is set in Canada and was written out of pure malice. It wasn’t Canada’s fault; you love the country. After all, you went there because your dad was almost a Mountie, your great-grandfather used to run a Hudson Bay Store and they were running cheap flights at the time.  What you hadn’t accounted for was the deep sense of deja vu. Just as it was possible to loose an entire boot inside a pair of velvet loon pants, was it equally possible to lose an entire country in the same way? Had Canada been folded, like a banana wholemeal pancake, into a wrinkle of the time-space continuum?

Arriving from London in 1977, even while the Sex Pistols were spitting on their po-go-ing audiences, you found everyone in Ottawa wearing denim overalls, sitting on porches beneath home-built wind chimes earnestly discussing the best method of sprouting alfalfa seeds. They stared at you in mellow wonderment because you looked and sounded like a cassette tape on fast rewind. They passed the mandatory joint around, you took a drag and an entire decade vanished. It was 1969 again and you were suddenly floating in the warm tide of a country’s combined earnestness. You snarled and quipped to no effect. You tried to undermine all the genuine good feeling with your nasty, ironical old world view. In response someone offered you a plate of warm peanut cookies.

Slumping to the porch floor under the malign influence of the wind chimes, you gave in and fell  for a Canadian. It had to be admitted. You liked the thought of an aluminium canoe in your backyard and cross country skis in your porch.

Some years later, unable to afford intensive psychotherapy, you turned this experience into a fantasy of retribution on all Canadians.

Three chapters of this case study were sent to six agents. After three months, five of them had rejected it. You wearily rang the sixth  and left a despairing message with her assistant. Only a matter of hours later the actual agent rang back, apologised for not having read your chapters before. She was so nice, even feeling it beholden upon her to make an excuse

(something to do with a whacky intern and a crate of WKD ) Then she asked you to send her the full manuscript. Of course you agreed readily, fulsomely, excitedly. You agreed to send it immediately. Then you put the phone down and bit your knuckle. There was no full manuscript. You only had those measly three chapters, as well as a rapidly forming image of someone shooting themselves with determined precision, royally in the foot.