Your second novel; the decline of nations and repetitive strain injury

Posted by misguidedwriter on December 4, 2011
Posted in: Uncategorized. 2 Comments 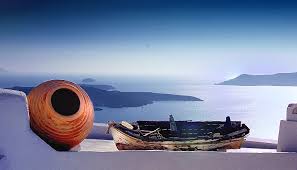 You’ve done it! It’s written! And even though you say it  yourself,  it really is damned good. Your second novel is tight, taut and straining at the leash. There is not a word that hasn’t been weighed, not a sentence that hasn’t been honed, not an extraneous adjective undeleted. (See previous post) The plot concerns a woman who runs away from  her mundane life, running a mail order surgical appliance business, in order to take her jaded, fading soul to a Greek Island. There she is seduced by LIFE, as well as a part-time taxi driver/ bar owner.

The resulting effect is that she becomes the woman she was always meant to be.

You send the manuscript  to your agent.  However, when you call, someone else answers her phone. Her name is Arabella. You can’t get past her. Arabella blocks every attempt to speak to your agent, like an pepper-spraying  riot policeman intent on stopping an anarchist running up an alley. It becomes apparent to you that from the start of this conversation, Arabella has been speed-fingering her Rolodex, and has found your name with a big ‘X’ through it and the instruction, ‘Tell her I’m dead, suggest she contacts Flavia Hogsbootham, I’ve heard she’s just left an agency to set herself up and is as green as a slush pile that been left in a damp bathroom.’

You call Flavia Hogsbootham, send your manuscript and the months roll by. Your excitement and anticipation that nine months ago were causing you high altitude giddiness, have dwindled to a subterranean accommodation with reality. You pass the time at the office by viciously stapling yet more emerging bright young novelists. (see previous post) You really work over Kate Atkinson.  Then one day when you had given up all hope, the phone rings and you are invited to the new agent’s office to discuss your manuscript. 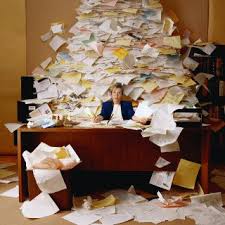 She loves every single thing about your manuscript, apart from the fact that it is set in Greece.

‘But Greece is the subject of the book, sort of intrinsic, ‘

‘Nonsense’, she says and waves you goodbye as she answers the phone.

You go back home, burn your manuscript and climb back into bed in the foetal position and stay there.

Six months later a friend invites you out. It’s a blatant attempt to get you speaking again. She has tickets for a play in the West End. It’s got ‘rave reviews’. It is by a Liverpool playwright. It’s brilliant. The plot concerns a woman who runs away from her mundane life and takes a holiday to GREECE and there finds love and FULFILMENT. You search for pictures of Willy Russell with your stapler set to ‘kill mode’. 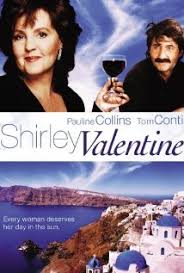 2 comments on “Your second novel; the decline of nations and repetitive strain injury”