Other imaginative ways of utilizing your first novel

Posted by misguidedwriter on November 30, 2011
Posted in: Uncategorized. 2 Comments

The result of you mistaking yourself for Margaret Atwood

Your last novel was responsible for the death of a Finnish forest and it wasn’t even published. It is eighteen months since your agent rejected you, and you crawled into bed in a foetal position.(see previous post) Since then, you have lost three quarters of your friends and gained many pounds of unsightly fat, due to paralyzing self-pity and the ingesting of anything, even loosely connected to chocolate. On a bad day you are not sure that you would actually turn down a can of chocolate coated ants.

What is worse, is the fact that you have run out of adjectives indicating bewilderment and despair, when explaining that the main impact your first novel is making, is on your bathroom door, wedging it open.

It is advisable at this point to re-tract those rash statements you made at work about possibly quitting your job, in order to move to a tax haven.

Etiolated and red-eyed from crying in the dark, you instead beg your boss to re-arrange the holiday rota. She is  a little afraid of you anyway, after catching you viciously driving staples into a magazine feature on NEW WRITERS. She doesn’t like what you did to Zadie Smith. The holiday rota is swiftly re-organised. A matter of hours later you have booked yourself a single holiday to a Greek Island. 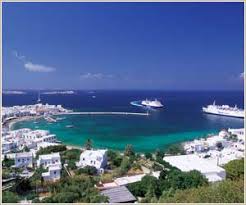 You arrive on Naxoparolustos, a fabulous little island that time and good coffee forgot. Still bleary- eyed and wondering why the flight attendants threw so many vodka miniatures into your lap, when you were merely trying to draw their attention to the overflexing of the aircraft’s wings,you sway down onto the tarmac and instantly fall in love. Naxoparolustos has had this same effect on many people; the Pirate Chief Barbarossa , Henry Miller,  Lord Byron, the Minoans; but none of them fell in love with a part-time taxi driver and bar owner called Nikos, no, only you did. Well, saying that, Byron, you know, might have. 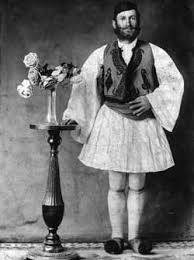 Nikos is without doubt the most beautiful man you have ever met. His hair is long and auburn, his teeth gleam as he cracks pistachio nuts between them and casually spits the shells over your shoulder. Such precision! The sugar-cubed perfection of the little houses, the sea and sky so blue that they might crack your very heart in two, the lemon trees, the donkeys laden with firewood, and the bent-backed crones, wreak a metamorphosis in you.  You vow never to leave. Nikos  places a table on the beach in the moonlight, just where the waves are folding meekly into the sand. He feeds you sweet things on a spoon and recites Seferis poems in Greek. You gain the strong impression that he has NEVER felt this way for ANY other woman. You imagine the future; Niko and you will live in a little sugar- cube house high above the wind-streaked ocean. You will write poetry, he will fashion bar snacks.

Two weeks later, he kisses you ardently at the airport. You head out to the plane bravely brushing delicate tears from your sun-bronzed face. As the plane taxis, you think you see Nico greeting a newly- arrived young woman. He might even be opening his car door for her to hop in. You feel sure that this is some kind of misunderstanding.  Flying home, you anxiously watch the flexing wings.  You have drunk so much vodka that you now constitute a living fire risk, but you are inspired. Greece has given you the kiss of life. You go home and write your second novel.

2 comments on “ Other imaginative ways of utilizing your first novel”