Never fail to ignore all advice from seasoned writers

Posted by misguidedwriter on November 16, 2011
Posted in: Uncategorized. 2 Comments 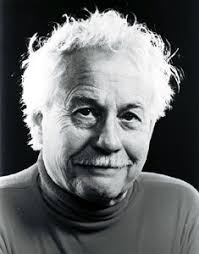 Many years ago, for misguided reasons I found myself on a creative writing course in Banff Canada, being taught by the Canadian literary legend W.O. Mitchell.

W.O. had pioneered a method called Free-Fall, which insisted that you to sit at your typewriter (yes, this is THAT long ago) and write without regard to any form of editing. Deleting copy or correcting grammar was forbidden. At the end of the day you handed in the results to your tutors, complete with purple prose, (what W.O. dubbed ‘purified nightingale piss’) together with appalling spelling, absent grammar and usually, in my case, alcohol stains.At the end of the following day these offerings, having been sifted for quality, were  read anonymously to the entire writing group, who then offered criticism. Of course we spent these sessions compulsively scanning the faces of our writing colleagues for signs of acute distress or dawning triumph. One day after one of my pieces had been read to the group, I was summoned to W.O.’s office. He told me that what I had written had moved him.

I seem to remember that my piece had been an evocation of my traumatisation by nuns, at a tender age. Perhaps because of W.O’s uninhibited approach, the class had, predictably, become the writing equivalent of a 60’s Californian encounter group, in which people were re-constructing their weird childhoods, Yes, spookily, we had all had  childhoods and slightly crazed ones at that. It seemed that Banff writers had mostly been brought up in an atmosphere of religious zealotry.The class was split down the middle;Catholics and Jews. Consequently for weeks we had been  weeping while listening to stories of hideous barmitzvahs and catastrophic First Communions.

So nuns were pretty unexceptionable, but somehow they’d struck a chord with W.O.

‘Those damn nuns,’ he said, smoothing his white brush of a moustache,

‘Dammit, I could almost smell them, dried up old prunes, living off scrapings of saint’s relics and gobbits of holy water, just waiting until they find the justification of their pinched lives in their own deaths.’

(This is an approximation of what he said, as you will appreciate and apologies to the Estate of W.O. Mitchell.)

I felt a little surreal. Here I was in the magnificent mountain splendour of the Rockies, talking to a man who was the very emblem of Canadian prairie life, chatting about Home Counties nuns.

What, he asked suddenly, had I been doing all my life?

Not wanting to be lumped in with the prunish nuns, I began to sketch out a few wild anecdotes about my freewheeling lifestyle, until he told me to ‘Shuttup.’

Then, he spread his arms wide and I walked into them like a bewildered hiker walking into the embrace of a grizzly. And as he enfolded me in his truly bear-like hug he announced,

Hot tears of vindication and approbation were spilled. I was transfigured, transcendent and bloody happy. Later I swayed back to the writer’s block, sobered now in my awareness that I was bearing the great burden of emerging genius.

I took up a life of hard-drinking, cigar-chewing, bullfighting and womanizing, in my head, and wrote solidly for the rest of the course. At the end, W.O. told us all to go back ‘out there’ and continue writing.

Hah! As if he needed to tell me that, I thought.

‘DON’T try to get published, just write because you love it, because you have to, that’s all.’

Of course I thought, he has to say that to the others, because I know he can’t let them know that I am already a genius, for whom publication is a mere formality.

So, it turns out, W.O., that you did mean me, as well as the others, and that you gave me that advice to save me a very great deal of pain. Of course, I totally ignored you, setting off instead with a cheery wave and a back-pack chock full of self-delusion, down the yellow brick road to publication, which on closer inspection turned out to be paved with banana skins, yawning crevasses and bottomless bogs. Oops, wahey, woah, smack.